Manjak is a handwoven strip cloth that is sewn together into a whole cloth and worn as a wrapper.

The designs look Berber for good reason. When the Portuguese arrived in West Africa in the 15th century, they found a thriving trade in North African textiles. Exploiting this market, they enslaved Wolof and Mandinka weavers, transported them to the Cap Verde Islands and taught them to weave the cloth that we now call ‘Manjak’. Most modern Manjak is woven by men only in Cap Verde, Guinea Bissau and Senegal.

Weaving the narrow strips that make up a full Manjak cloth - with its distinctive Berber influenced patterns - is a complicated process.

The loom setup is straight forward and just like the strip looms found all over West Africa.

The weaver sits inside a simple four-pole timber frame. The warp stretches out in front of him, usually 40 to 60 metres long.

The warp yarns are threaded through multiple sets of heddles that hang in front of the weaver. He controls the shed using his feet - alternating left-right-left to open the shed for each pass of the shuttle.

Now, for the really tricky bit.

The Manjak weaver does not work alone. He has a second weaver called a draw boy positioned to the side of the warp a few metres up the warp.

The draw boy operates a second set of multiple heddles, working in tandem with the main weaver. Sometimes there can even be more than one draw boy working along side the warp.

How they manage to coordinate their movements is almost beyond comprehension: unless you are a master Manjak weaver yourself, of course.

We first encountered Manjak weaving in St. Louis, the old capital of French West Africa in the north of Senegal.

Manjak is also woven in Guinea Bissau and the Cap Verde Islands. 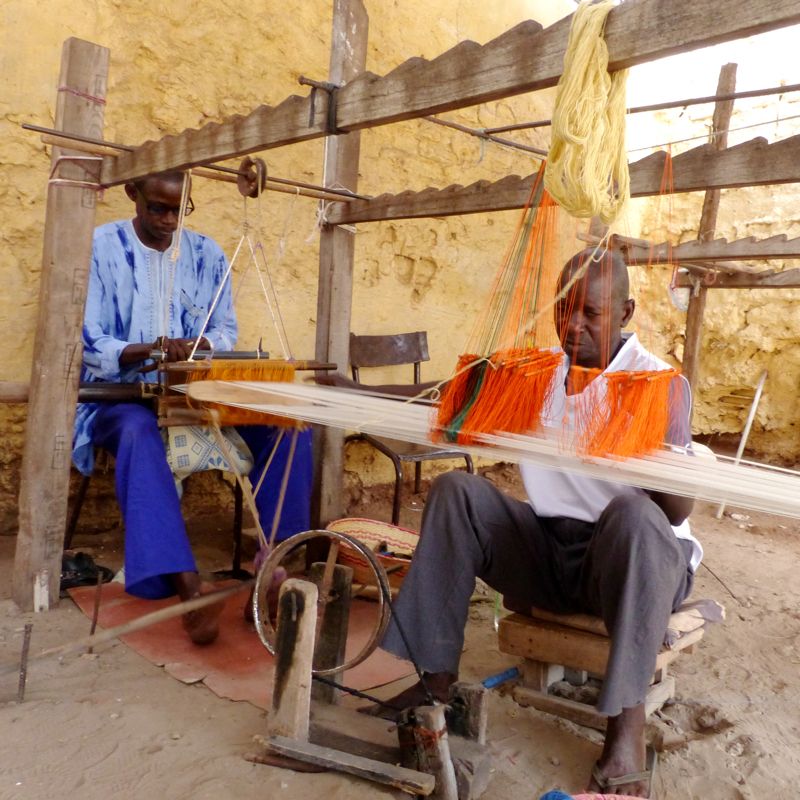 The master weaver controls the shed using his toes.

The draw boy concentrating at his heddles. 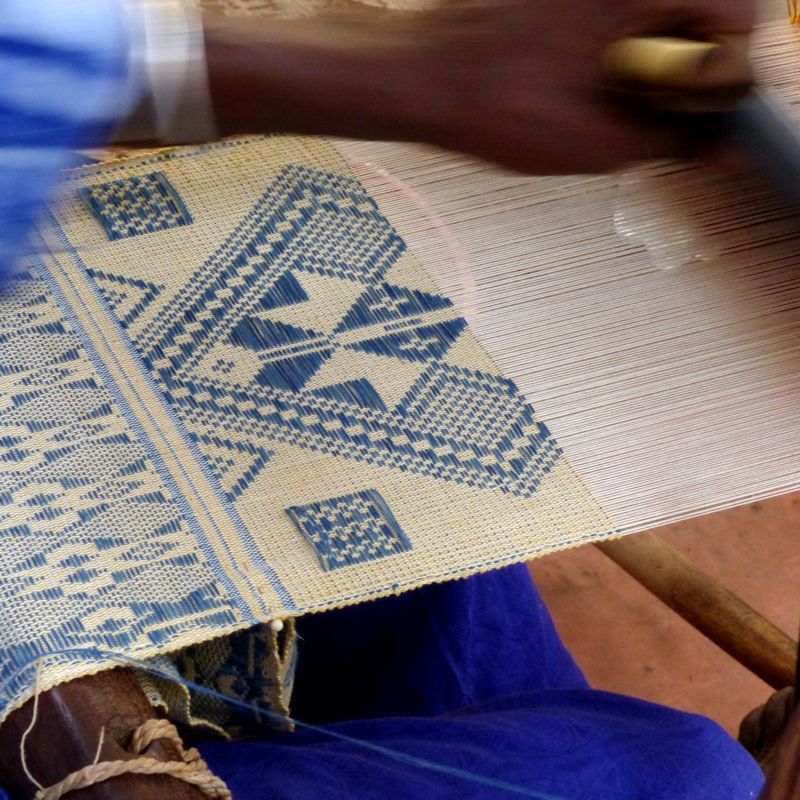